Extra Lots Across the Street Priced with the Home!

28+- Acres Near Entrance To The Park 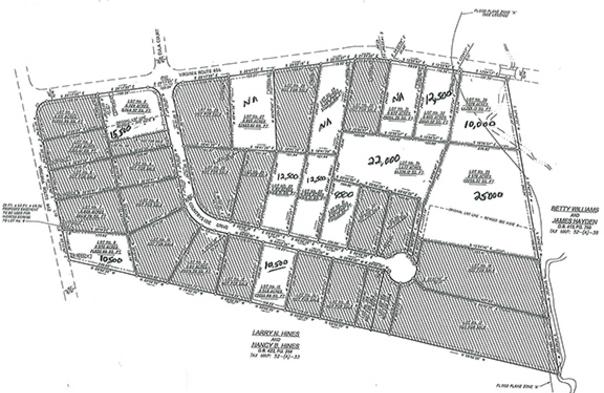 Shown By Appointment Only To Prequalified Buyers.

John Blair McLin came to Lee County from Tennessee and married Mary Elizabeth Bales in 1864. Together they had nine children (Margaret, Robert, Adelia Ann, John Blair Jr., James White  and Cecil (twins), Hattie, Mary Florence and Elizabeth. John was a captain in the Confederate Army, which was captured and held in the Ely/Harris Mansion near present day Elydale School (Monte Vista). He escaped at one point and was hidden in the attic of his home near the Presbyterian Church (now Maranatha) West of Rose Hill until one of the slaves revealed his presence, at which time he was recaptured.  The house was also used as a boarding house for students of the school known as "Cumberland Cottage" in Rose Hill. Captain and Mrs. McLin were often host and hostess to 100 guests of Cumberland College at dinner and supper during commencement time.

One of the twins, James White, married Rachel Richmond in 1896. They had two daughters, Mary Neal and Adelia. Rachel died in 1909.  Mary Neal and Adelia were raised by the grandmother, Mary Elizabeth, and three of their aunts (Hattie, Mary Florence and Elizabeth) in the McLin House.

The McLins were a prominent family of the area, Mary Elizabeth was a friendly women, often standing at her gate talking to friends passing by.  Hattie had a stately countenance, played the piano at the Presbyterian Church, and taught a boys Sunday School Class.  Mary Florence was a frail person, taught a Sunday School class for girls and made communion bread.  Elizabeth was quite, stayed home and cooked while the others were at church and worked outside the home at Thomas Walker High School.  The nieces were taught by their aunts to keep themselves clean, were sent to school in fresh, pressed dresses daily, riding to school in a cart pulled by a mule driven by Mr. Bud Beaty who worked for the family. His wife also worked there, as well as another lady, Rhoda Thompson. James White McLin invited everyone at church to go home with the family for lunch each Sunday. Mary Neal in later years kept her Aunt Hattie at a home in Abingdon with her. Adelia moved to Florida with an uncle. The McLins were merchants, owning a store on the property close to their home.

The McLin home was build in 1832-34 and remained in the family until 1962. The large farm was sold in part until only the house and 12 acres were left when it was sold.  There was a large fireplace in the kitchen for cooking with smaller fireplaces throughout the house. One set of steps in the foyer lead to the front part of the home on the second floor where there were high ceilings. A second set of steps in the dining room lead to the back part of the house on the second floor with low ceilings. There was no entrance from the front of the house to the back of the second floor.

Outside buildings included a smoke house, dairy, hen house, and barn where the three sisters helped with milking the cows. The home has been remodeled several homes over the years - Arnold Hensley and his mother, Mrs. Grace Scott Hensley added the Den, Bath and Laundry on the west side of the house. The current owners lovingly restored much of the beauty of the home that a New Owner will appreciate and continue to enjoy.  Please take special note of the original stained glass front door!

With Town Water And Sewer Available.

Step Back In History With All The Modern Conveniences!

Original Construction Between 1832 - 34 With Much Of The Original Ornate Woods And Brick Still Visible! Enter This Beautifully Maintained Home Through The Elegant Antique Stained Glass Front Door Into The Foyer. On Your Left Is The Parlor, To The Right - Might Be Perfect For A Downstairs Bedroom, Upstairs Features 4 Large Bedrooms, 1 1/2 Baths, Cozy Kitchen/Family Dining (Quality Cabinets and Appliances), Large Den, Laundry/Utility, Full Bath On This Level. East Side Of The Home, Enjoy Relaxing In the 390 Sq. Ft. Sun Room On The East Side With An Additional 490 Sq. Ft. Second Floor Sitting Room Upstairs, Beautiful Hardwood Floors Throughout The Home. After You Explore The Many Areas Of This Fine House, Take A Walk Around The Shaded Yard, Looking At The Apple Trees, Antique Dairy The Level Hay Meadows, And View Of The White Rocks And Mountains.

Behind The Home Fronting On Jones Creek,

ONE OF A KIND "TOTAL PACKAGE" DESCRIBES THIS PROPERTY! 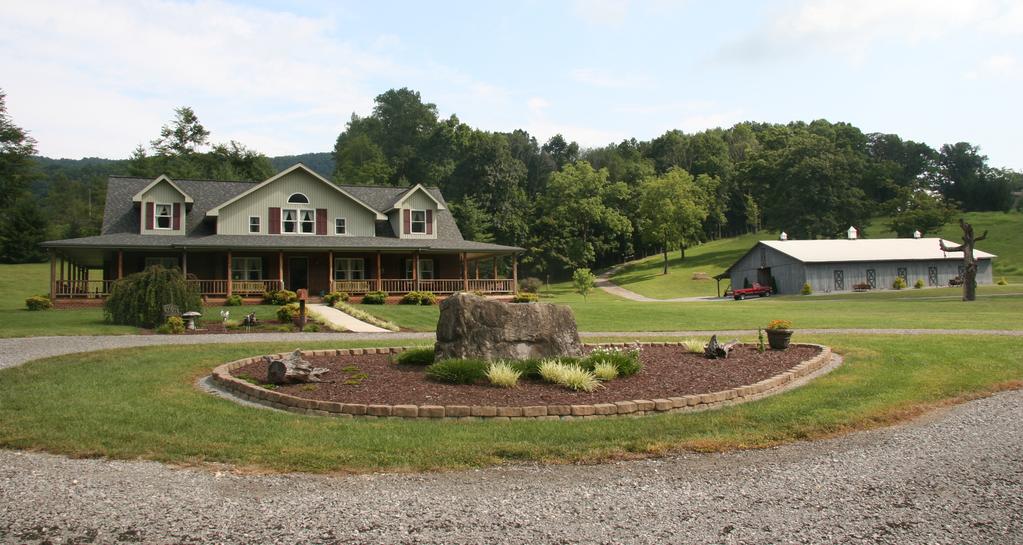 Close to Walmart, Doctors and Hospital.

Attention To Detail Has Created A Highly Desirable And Beautiful Home! Not Just The Home, You Will Appreciate

The Fine Details In The Equipment Barn (7,200 Sq. Ft.), Horse Barn, And Every Aspect In Developing The 42 Acres.

Shown By Appointment Only To Pre-Qualified Buyers